Why are pool technicians always in such great shape?

It is more than just a coincidence. These Backyard Water Warriors’ burn calories and work muscles almost non-stop. It’s “just another day at the office.” The Pool Operator Fitness program works nearly every major muscle group. It is no wonder why the pool pro is usually thin, tan, and cut. With an average pool route of fifteen pools per day, there is continuous physical repetition. This five to six-day workweek workout involves lifting, cardio, isometric, and both concentric and eccentric contractions. Lose weight quick ?

If you have ever watched the pool guy/gal service a pool, you have probably noticed that they are always moving. These Backyard Water Warriors’ burn calories and work muscles almost non-stop. Back and forth to the route truck, to the filter, skimming, vacuuming, etc. The exception being the five minutes spent on the water test and short drive in-between accounts. There is no part of pool cleaning where a person is standing still. According to LIVESTRONG.COM, A moderate walking pace of about 2 to 3 mph is intense enough to put the average person in the fat-burning zone during a walk. Lose weight quick ?

With fifteen pools a day at an average of twenty-five walking minutes per pool (30 minutes – 5-minute water test), our pool operator is on his/her feet and moving for 6.25 hours per day. In that time they cover a distance of nearly 12.5 miles (Verified by my personal Fitbit). Then consider the added weight of chemicals and supplies. According to SparkPeople, that alone would have a 175 lb. Service person burning 1,228 calories per day. I know personally, I had difficulty keeping weight on.

The job involves near-continuous heavy lifting. Everything from chemical buckets to safety covers. Then there is the repeated lifting lighter weight. MENSFITNESS reports that lifting relatively light weights (about 50% of your one-rep max) for about 20–25 reps is just as efficient at building both strength and muscle size as lifting heavier weights (up to 90% of one-rep max) for eight to 12 reps. This is according to their study, which is the latest in a series done at McMaster University in Ontario.

Skimming the surface of a pool sounds like an easy task, but it does involve holding a sixteen-foot pole extended across the pool’s surface for long periods. Can this static hold of 1.8 lbs of aluminum with a 1.5 lb net attached actually benefit an individual? According to Blueprint Fitness of Atlanta, a great advantage to static holds is their ability to increase your muscular strength without lifting heavy objects.

WAIT! This is not just 3.3 lbs of net and pole we have to consider, there is also this thing that physicists refer to as torque. Torque is the amount of force it will take to hold that 17 foot of net and pole horizontally from one end. If we do the math, we can see that our pool operator would need to exert 14.4 ft-lbs of force to hold that 1.8 lb. Pole when extended and that’s without the net. To intensify the “skimming for shredded shoulders” workout, try using the heavy-duty 3.5 lb commercial fiberglass pole instead.

Brushing the walls of a pool, again with light resistance as discussed above, will require similar movements as completing sets of chest dips with resistance on the downward push. Consequently, we would expect to work for those same muscle groups. According to ExRx.net, the target muscle of the exercise would be the pectoralis major chest muscle, along with the following supporting muscle groups: deltoid anterior, triceps brachii, pectoralis minor, rhomboids, levator scapulae, latissimus dorsi, and teres major. With a brush width of eighteen inches, which would be sixty-four strokes per pool (16 x 32 avg.). This multiplied by our 15 pools per day would equal 4,800 strokes per week (excluding brushing the tile).

“The decline bench press, either with a barbell or two dumbbells, you target your pectoralis major’s sternal heads. These muscles are more commonly known as your chest or lower pecs and assist in many upper-body movements. The other muscles that help you execute the decline bench press exercise are the clavicular head of your pectorals, anterior deltoids, triceps, and biceps.” explains William McCoy of LIVESTRONG.com. Using a self-contained vacuum with a twenty-one-inch head and a pool floor surface area of slightly more significant than 512 sq. Ft. it would take 19 reps to vacuum the floor thoroughly, 75 sets per week for a total of 1,425 reps.

Similar Article: An Irish Walking Stick and the Pool Guy who owns it

Click the Logo for a CPO® Certification Class near you: 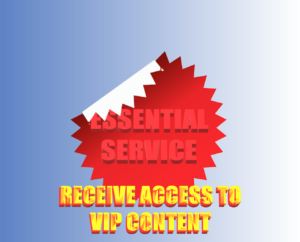 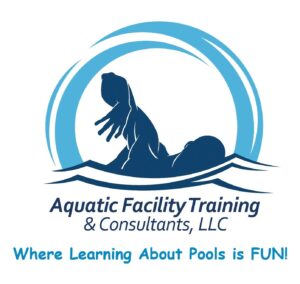