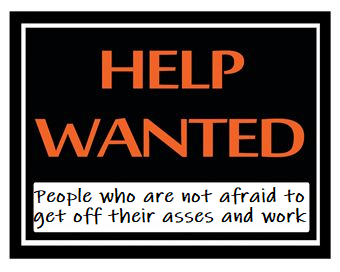 Did They Not Really Want the Job? ??‍

Hey Pool Talkers!!! Interview Horror Stories, but first hoping things are a bit more chill for you now that Labor Day has passed and school is back in session. I mean aside from having the recalculate your drive time everywhere because of bus stops ? and school zones ?. I think I spend most of September every year about ten to fifteen minutes late everywhere I go. ??‍♂️

Now that pool use has slowed, I wanted to talk a minute on interview horror stories. This is something that relates to everyone, no matter what industry you are in. If you have spent any time at all having to interview people, you are definitely going to be able to relate. The interview process is draining enough as it is, but some of the ? applicants say. smh. Besides, a lot of times, I am left with absolutely no doubt in my mind why some of the job seekers are currently unemployed. ?

I’ve told this story a few times over the years, so if you’ve heard it before, my bad. This goes back to the mid to late 90s. I had just promoted an assistant manager to a store manger position and was in need of a replacement. This was before the internet was as huge or user friendly as it is now so I had run an ad in the paper. I was still up on Long Island, so Newsday was the paper of choice.

I actually had a pretty good turn out. I was able to set up back to back interviews to occur over a couple of days. Great for selecting candidates, but I knew heading into it that the process would suck the life out of me. Par for the course.

Like I said, I scheduled times for interviews in order to keep things from getting chaotic. The potential candidate would come in, complete an application, and hand it to one of my team members who would bring the paperwork to me back in my office so that I would have a chance to review it before calling the applicant in for the sit down. It was all very systematic, really.

Have You Ever Been Convicted of a Felony?

So we are chugging along and my eleven o’clock arrives. Pretty close to on the wire, but not late. I begin to review the application, and as I am scouring the document, I notice something odd. On the application, we had a check yes or no box for the question, “Have you ever been convicted for a felony.”.

What You Can and Can’t Ask

Pretty much a standard question and I know as far as HR is concerned, you really aren’t allowed to ask any questions about how the candidate answers this question no matter which box is checked. That’s where this one gets weird. This applicant did not check either box. Instead, they wrote in a question mark. ??‍♂️

This more than piqued my curiosity, but again, it’s one of the questions that I’m not really permitted to delve into. I stared at the sloppily drawn hook with the dot beneath it for several moments as I bounced through options in my head. Then I figured it out. I came up with a way to broach the subject without violating any HR policies.

My team member would bring the young man back into my office where I was met with great eye contact and a firm handshake, a little damp, but I get it. I directed him to take the seat in front of my desk and we began to roll through all the standard interview Q&A, “Where do you see yourself in five years?”; “What is your greatest strength”; “Why did you leave your last position”: Blah Blah Blah Blah. You know the drill.

Did You Not Understand The Question?

When I had felt that I had reached a good point, I went for it. “On the question “Have you ever been convicted of a felony?” I noticed that you had not checked either box and instead drew in a question mark, did you not understand the question?”. Slick, right? His words stick with me to this day.

“That’s because I’m not sure.”

“Your not sure what the question is asking?” I inquired for clarification.

Here’s Where The Interview Went Off The Rails

“No, I understand what the question is asking.” he began. “You see I live all the way out in Jamaica and I really need this job. My alarm didn’t go off this morning and I was running late. Like I said, I really need this job and knew I had to get here on time. So, I’m in a hurry, right. Worried I’m not gonna make it. I wasn’t paying attention like I should have been. A few blocks from my house I accidentally hit someone.”

“You see that’s the thing and the reason I put the question mark.” he continued. “I’m not really sure. Like I said, I really need this job and I couldn’t afford to be late, so I kept going.”

“You kept going?” I exclaimed. I really couldn’t help myself.

“Yeah, I kept going and I put the question mark on the application because I’m not sure if anyone got my license plate number.”

Are you ready to hire your first employee?