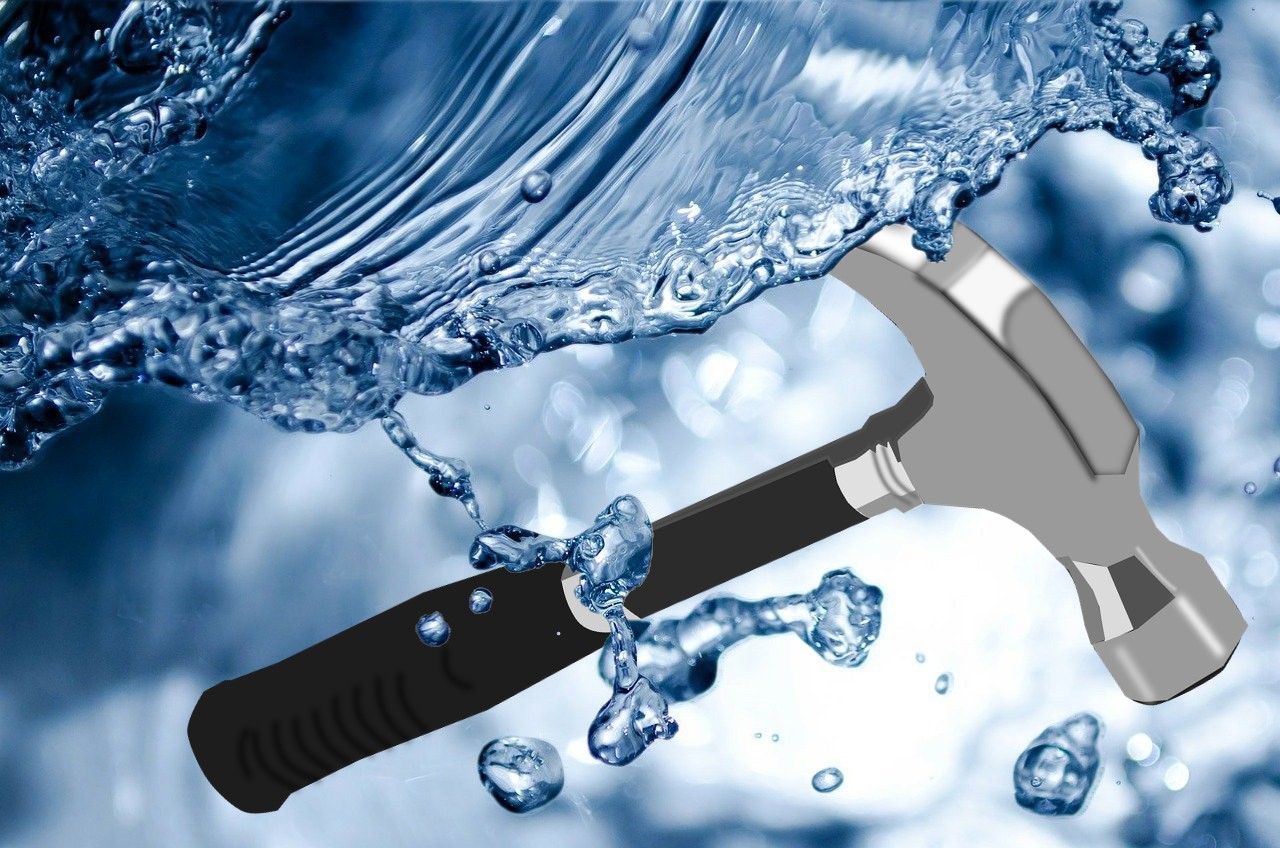 This one won’t be a long one because it’s fairly cut and dry. If you move a valve handle, no matter what type of valve, while the system is running, you take a risk. This applies to the multiport valve for the filter as well. It only takes a minute to shut the pump off before changing position and turn it on again. This will avoid water hammer caused by user error altogether.

If the valve is completely closed while the pump is running the water in the pipe will be under pressure. It will also be static. This doesn’t lend toward strain on the valve or the plumbing. It can, however, result in discharge cavitation in the pump volute. This will cause damage to the impeller and to a lesser extent the seal plate, motor shaft, and volute.

When the valve is open, the system operates as designed. The water flows through the pipe with little to no problem. At least not hydraulically; water chemistry can still wreak havoc on any metal components in the system.

However, should the valve close or change direction abruptly, damage or injury can occur. The sudden stop in flow causes a surge that attempts to send the water back to where it came from. Of course, in a pipe already full of water and under pressure, this can be challenging. So, the water gets ‘jammed up’. This will cause a shock wave to travels the length of the pipe. The violent tremor will head toward the source of origin and back again. This hydraulic phenomenon is called water hammer.

Water hammer can cause the plumbing to ‘jump’. This can cause leaks in plumbing at the joints from shifting around if allowed to occur repeatedly. It can also completely blow sections of plumbing apart. If you are close enough, you could be hit by PVC shrapnel. Either way, your day is going to suck. You will either end up on-site for longer than you planned while you replumb whatever damage occurred. Or, you could wind up in the emergency room waiting on someone to remove a chunk of pipe from your forehead.

When you see it in Poma’s pic above – share the article!