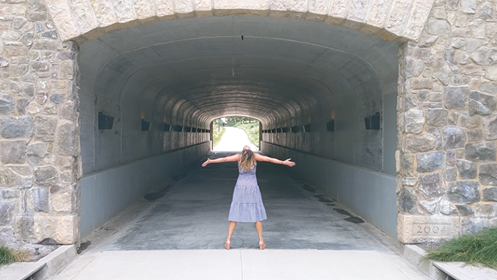 The Life of Jules

I wanted to introduce myself and give you the skinny on me.  We spend so much time together during the week it seemed only right to tell you a little more about myself.  You know I write, and I am in the swimming pool industry.  If you follow me on my Facebook page, The Life of Jules, you know I love horror movies, have a 3-year old and make the most ridiculous faces humanly possible in photos.  But how did I get to this point?

Let me tell you, it wasn’t pretty.  Like the rest of us, I have faced and overcome adversity.  Heck, if I am sincere, I have overcome pure hell. I write this not as a sob story, but one of fact.  And of victory.  I am a fighter, not a victim.

Don’t Tell the Cops Nothing

I come from a broken home, raised by a mentally ill, drug addict & alcoholic mother. She and my stepfather became wanted felons, and I spent many-a-evening lying to the cops or watching my mother run down the street with a sawed-off shotgun. She ended up taking her own life last year in 2019.

My brother and sister are both autistic and were a challenge. I couldn’t wait to get out of the house. I focused on school and was involved in 20 different activities. I was awarded multiple scholarships to college.

Around the World in Eighteen Years

When I was 9, I was bucked by a sheep named Angel Puss and almost lost my leg. (Easy. I said bucked). This gnarly adventure got me a $300,000 settlement when I turned 18.

You may think I am lucky, but my injury left me deformed and left me with chronic back pain for the rest of my life due to one leg being 2 inches longer than the other. I dropped out of school and quit my job and traveled—Cabo, Cancun, Belize, Honduras, Roatan..ah.paradise.

After hospital & attorney’s fees and my tweaker roommate stealing $42k from me, the money was gone. I came back and started my own lucrative eBay business. At sixteen, I started in the juniors department at Montgomery Wards. I was promoted to fine jewelry and eventually ran my own jewelry store. (That’s the job I quit to roam the globe.)

What Happens in Vegas

When I turned 21, I did what most ok looking Las Vegas gals do, and I got into the service industry. I tended bar for years. I also began modeling, often full time. Yes, I have been on billboards and the sides of a bus and on tv. My 15 seconds of fame. (Sigh) 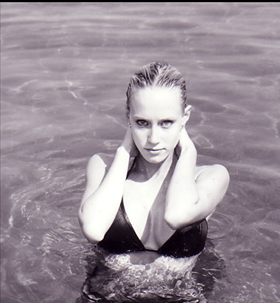 I have been friends with Jim Florentine since I was 18 and was even on one of his DVDs. Ever heard Stern refer to the “hot blonde in Vegas”? Yup. That was me. Howard gave me a lap dance at Spearmint Rhino. It was me buying Artie Lange tequila shots that night everyone thought he died. It got old, and so did I.

Stabbed in the Boob by a Bastard

I got into Real Estate and did bank foreclosures. Here I ended up meeting and falling in love with a guy who abused me in every way for six years. I mean, bad. He locked me in the backyard with a combination lock on the gate for days, wouldn’t let me have a phone or friends. Crazy stuff. I started drinking a lot to cope with. Finally, I had enough. He threw me through a window, and I got stabbed in the boob with a shard of glass, nearly missing my heart. 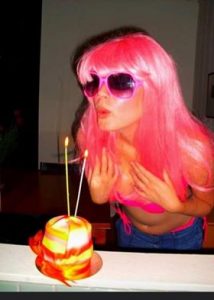 I ran away in the middle of the night without even my shoes on. My Dad and my Stepmom were waiting in the car; they had driven up to rescue me. I left everything.

They drove me to Cali, and I haven’t looked back. I quit drinking and started going to church religiously. (See what I did there?) I fell in love and got married pretty quickly. I got pregnant even faster. My husband left me after five months for another woman at 12 weeks pregnant.

I immediately started applying for jobs, but I didn’t have a car, so I opted for places nearby. Around the corner was Leslie’s Pools. Hence, Jules the Pool Girl was born. I ended up loving it and being reasonably good at it. Meaning, I am a quick study. I still have a long way to go.

A Girl on a Mission

A year ago I began a new job with the oldest pool store in Orange County, CA. – Mission Pool and Spa Supplies. I started a new medication. and had a bad reaction which led to a coma. I was on life support for a week, nearly dying, I again lost all that I had.

I have been clawing back for the last year. Mission Pools is still my work home. They have been good to me. I have full custody of my son, a gig as a columnist, a car, and I am moving into a new apartment next week. Even though I work a six-day workweek to make ends meet, I do still struggle sometimes to buy groceries or a bike for my kid.

I don’t have a lot, but it’s mine, and I appreciate everything I have because I worked my ass off for it. I know life isn’t done throwing me curveballs yet, but I have invested in a pretty big bat at this venture. My point is, don’t let anything stop you. Let nothing hold you back. You can have a different life if you are willing to put in the work. Thanks for being loyal readers. Please reach out if you are struggling. 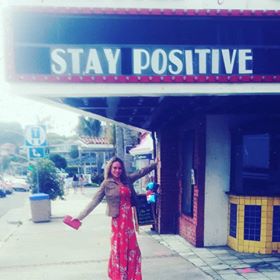 Jules Johnson is a columnist with Pool Operator Talk News ?

6 thoughts on “A Model Pool Girl”