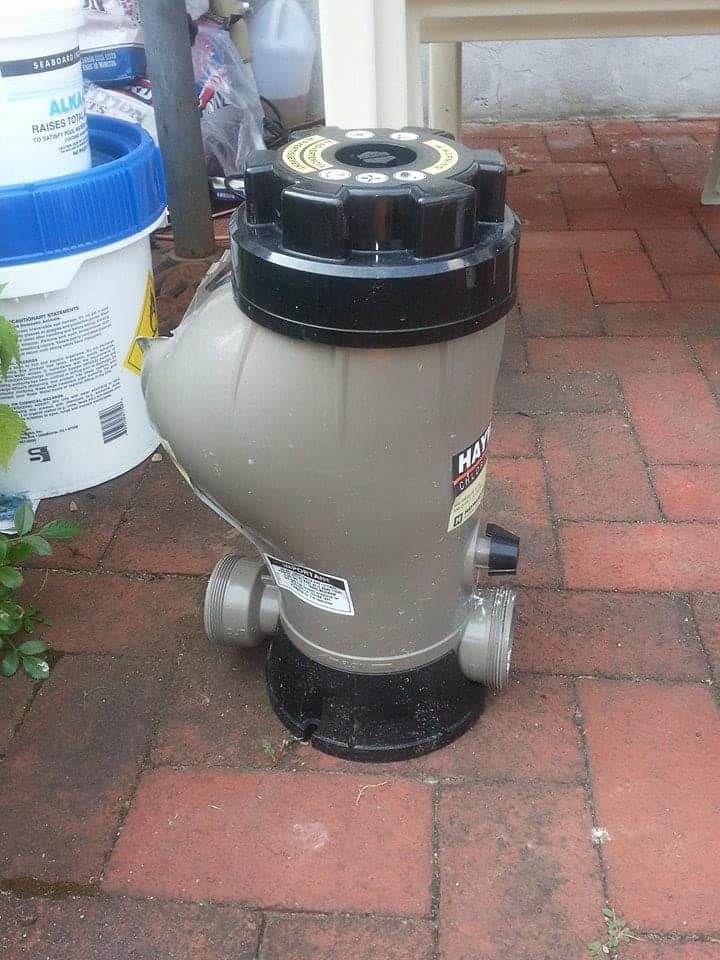 This has been a trying pool season, no doubt. We have made it through it (knock on wood, fingers crossed 🤞) for the most part. Labor day weekend is only a few days away, and that is the official unofficial close of the swimming pool year, at least the beginning of it for the folks up north. But we still need to be wary of Pool Rip-offs.

With every crisis, there will be sorry SOBs that will rip you off

Hey, If it were up to me, we would round all of these internet scam low-life dirtbags up and torch their asses in a flaming dumpster. Unfortunately, all I can say is be careful. What seems too good to be true is almost always going to hurt worse than pooping out flaming porcupines!

This one is almost too cute to be mad about. The price on this bucket of PEZ size chlorine tablets was nearly forty bucks a month ago, but it looks like chemicals for the Barbie dream house have dropped in value with the end of season demand.

You Gotsta read the ᶠ ͥ ⁿᵉ ᵖʳ ͥ ⁿᵗ, or you may fall victim to a play on size. These chuckle butts are offering a bucket of 0.3″ (NOT 3″) tablets.

Honestly, I may purchase a bucket anyway (now that the price has come down) as both a souvenir and a reminder of how f** ked-up tricksters with a slide of hand can be in desperate times.

Don’t blow your ass up!

Seriously, this is no joke! Just because your normal chlorine tablets are hard to find doesn’t mean you can mix and match products to get yourself through a season. No, not even once!

The important thing to remember is that different chlorine tablets are available, each with its own chemical makeup. The normal tabs you use (trichlor) can react violently with a tablet made of calcium hypochlorite (Cal hypo) or sodium dichloro-s-triazinetrione (Dichlor).

Even if you do not put the tablets together at the same time, an explosion may occur. It only takes a small amount of residual remaining from trichlor to make a cal hypo tablet. Go BOOM! 💥

In 2021 several individuals were hospitalized after unknowingly adding a couple of 3″ cal hypo tablets to an existing feeder that had once held 3″ trichlor tablets. Thank God they are Okay! I reached out to a few for comment, but they have yet to respond.

How the product is added can start a ticking time bomb 💣

Chlorinating chemicals like cal hypo and dichlor are both available in granular form, and many people have chosen to go this route in the great trichlor drought. Heck, I use granule cal hypo myself on the reg.

But the method you add the product to the pool can put you in a precarious situation. The label instructions may say the product can be safely added directly into the pool skimmer; however, if you have a trichlor feeder plumb down the line in the system and even one granule finds its way inside, an explosion may occur. I’ve seen where these things have blown a hole through a cinderblock wall.

Guess what?! Dichlor and Cal hypo feeders do exist, as do feeders for liquid chlorine. If you are in a situation, as many of us have been this year, where you are forced to buy a product different from what you normally use, you need to replace your feeder with one designed for that new chemical you are using.

Don’t go putting these in a floater either!

Even the mechanics within the chlorinator itself will be different and designed for that specific chemical. Trichlor tablets use an erosion feeder. This style of chlorinator fills with water, and all the tablets inside dissolve at the same time.

A cal hypo feeder is a ‘bird bath’ style operation where one stacks the tablets in the unit, but the only 3″ puck that gets wet is the one at the bottom of the stack. When that one completely dissolves, the stack drops the width of that one tablet, and the next is the one that erodes.

A dichlor feed system typically feeds the granule product only. The powder is stored in a tank at the top of the unit and disperses an amount set by the operator necessary to maintain the desired ppm of chlorine. A liquid system operates similarly where a peristaltic pump injects the liquid at a user-controlled rate or is completely automated using ORP.

I know quite a few people are reading this that want to call BS because they have been doing exactly what I have said not to do. The truth is a violent reaction might not occur every single time. However, you are playing with borrowed time. I don’t want to see anyone injured because they were misinformed, uninformed, or because they think they are hot sh*t, and the rules of chemistry do not apply to them. It is a season of hard times, but that doesn’t mean we shouldn’t make smart decisions and adhere to safe operating practices.

One thought on “Pool Rip-offs & Explosions”