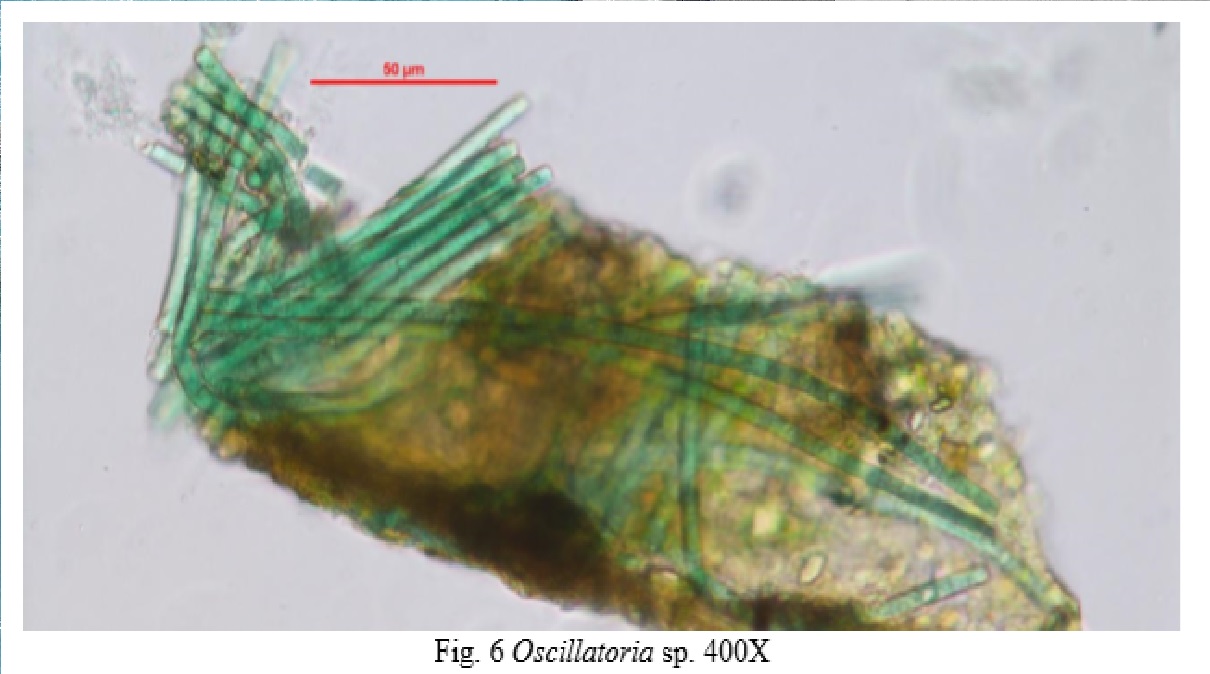 A friend once told me that if they were ever to witness my getting into a public pool to collect algae samples, it would be a bit like seeing meteorologist Jim Cantore show up as it starts to rain ?

The samples of black algae we had collected in Atlantic Beach in October 2018 were found to have a completely different type of cyanobacteria than those we had collected in May of 2018 in Gainesville, Florida (Oscillatoria, Microcoleous, and Nostoc sp.). Withal, this analysis did provide evidence that the inhabitants that comprise black algae vary greatly due to geographic location (as is found in biofilm). The discovery of the cyanobacteria Leptolyngbya sp. in the Atlantic Beach samples, though noteworthy in depicting diversity, did not lend toward known toxins. See: All Black Algae is Not Created Equal ⚖

If geographic location is going to play a factor and I am hoping to find results similar to those I had found in Gainesville, it only makes sense that I look again in Gainesville. I was able to locate a swimming pool with colonization less than 1 mile (actual specimen collection shown above) from the pool we had taken our initial specimens from that had been analyzed by UF phycologist, Dr. Ed Phlips: the Black Algae myth ?

The chlorine level in my sample is a concern. At 10 ppm FAC (Cyanuric Acid > 100 ppm), the level may be high enough to oxidize any toxins present eliminating proof of their existence, should they exist. Keep in mind that these are not my swimming pools; although I have been permitted to collect specimens, altering the chemistry prior to collection was not an option. If I were going to continue with actual field samples, dealing with disinfectants and algaecides would be among the challenges.

I could have chosen to neutralize the chlorine in my sample water using sodium thiosulfate or ascorbic acid; however, I did not want to destroy anything in my sample in the process. The Black algae were already growing in the FAC 10 ppm, so I was relatively certain the components of the biomass would be fine. The sample was refrigerated overnight with a Nov 2, 2018 planned delivery. 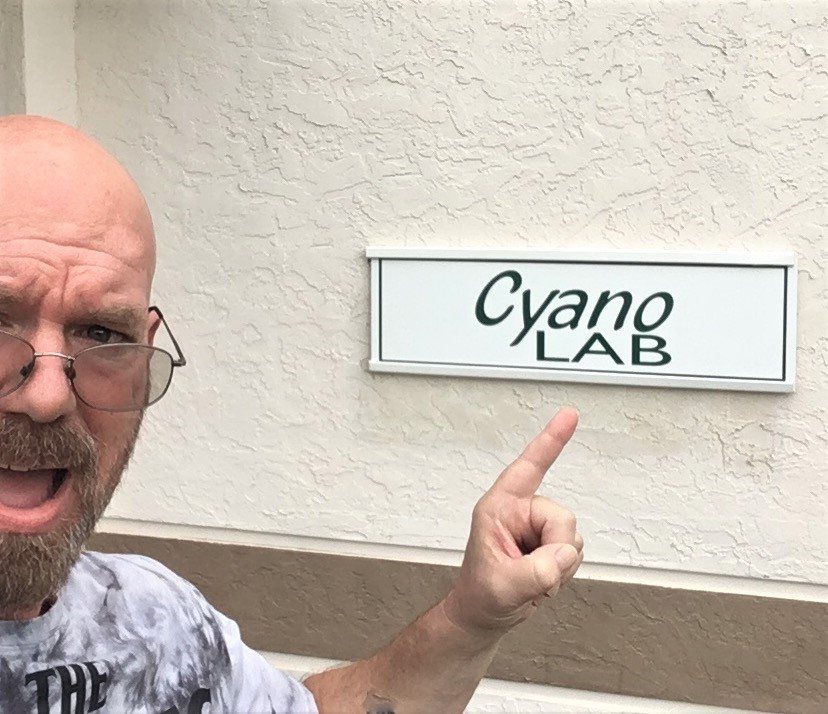 With this test conducted solely by Aquatic Facility Training & Consultants, I opted to transport my samples personally (versus shipping) to GreenWater Laboratories (Cyano LAB) in Palatka FL. There I completed the necessary chain of custody form and approved the Potentially Toxigenic (PTOX) Cyanobacteria Screen. Approval for analysis of biomass for toxins was going to have to wait until the cyanobacteria screen itself was complete. We would again need to confirm the presence of cyanobacteria and type in order to know which toxin tests to conduct..

On November 7 of 2018, phycologist Andrew Chapman, M.S. of GreenWater Laboratories contacted me with the results of our cyanobacteria screen. Again, we would see three different genus of cyanobacteria, and again our results would be slightly different from the last two analysis that had been conducted. This time, however, as in the first analysis, potential toxin producing genera were observed.

Does this mean that pools that have “Black Algae” are toxic? We hypothesize that if cyanotoxins are found, the minuscule amount of toxin (if any) produced by the cyanobacteria would attenuate drastically in the thousands of gallons of water contained in a swimming pool. Then, considering our methods of water treatment, we further hypothesize that those toxins are likely to be oxidized upon extretion in a properly maintained swimming pool. According to the EPA’s Cyanobacteria and Cyanotoxins: Information for Drinking Water Systems, “Oxidants like chlorine, ozone and KMnO4 can be used to inactivate microcystins, but chlorine effectiveness is pH-dependent.”

As we had seen in our Atlantic Beach specimens, Leptolyngbya sp. dominated the biomass. Also found in our November 2018 sample were the cyanobacteria Oscillatoria sp and Synechococcus sp., see below.

GreenWater Laboratories method for analysis: Wet mounts were prepared and scanned at 100X for the presence of potentially toxigenic (PTOX) cyanobacteria using a Nikon Eclipse Ti-S Inverted Microscope equipped with phase contrast optics and epifluorescence. Higher magnification was used as necessary for identification and micrographs.

Authorization for testing of samples for Microcystins was given on November 7 of 2018, but there would be some challenges… 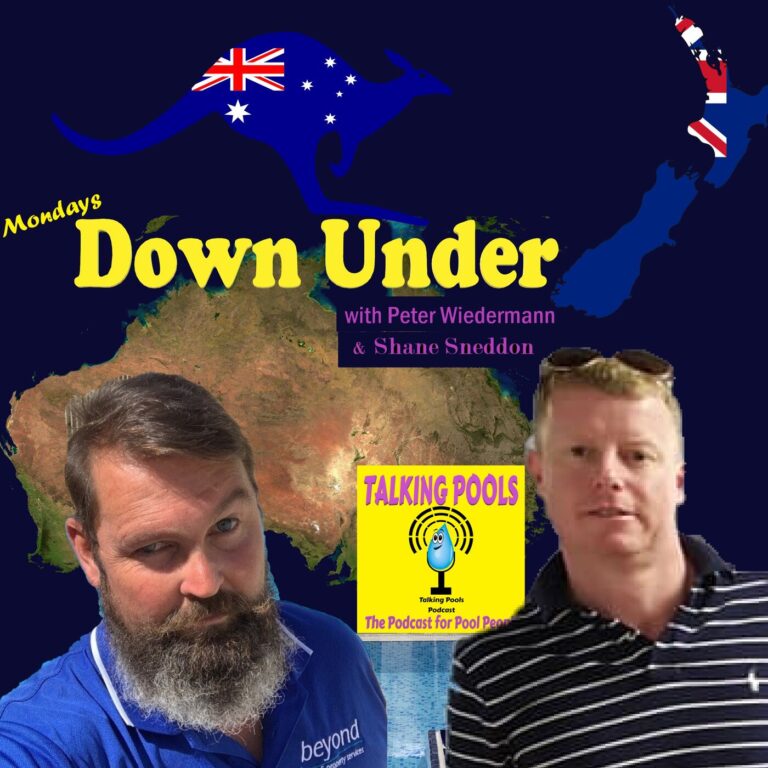